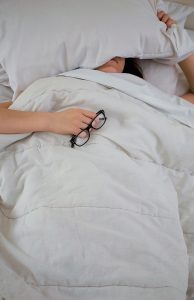 Photo by twinsfisch on Unsplash

It runs in the family, doesn’t it?  While there are certain genes that seem to indicate a tendency toward autoimmune disease, like HLA B27 or HLA DQ, the presence of the gene doesn’t mean the gene will be expressed and you will get psoriasis or celiac disease – there’s far more to the picture.  Remember, most families have similar habits and share an environment.

What does trigger the expression of the gene?  Scientists are still looking into that puzzle but we do have some clues.

A New Way of Looking at Autoimmune Disease

Autoimmune disease occurs when the immune system accidentally responds to what it sees as a threat when in fact it is your body’s own tissues.  Last week, I heard Dr. Nuzum (Idaho) describe autoimmune disease in a way that I had not previously heard, and it resonated with me.  I’m paraphrasing here, but you can get the idea.

That’s a very different description than I was used to hearing in mainstream medicine (the “over-active” immune system approach).  Maybe it was time to go back to the basics. 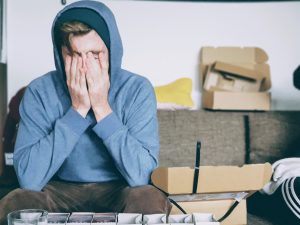 Photo by Christian Erfurt on Unsplash

There is a saying now that “chronic disease all begins in the gut” and autoimmune disease may fall into this category too.

The wall of our intestine allows digested food to enter the bloodstream.  Digested food means food has been broken down into its smallest components (sugars, amino acids, free fatty acids) and can easily be transported from the gut through small openings in the wall and into the bloodstream.  That’s a bit over-simplified but you get the idea.

Certain foods can irritate the gut wall lining, causing intestinal permeability or dysbiosis.  In some circles this is also referred to as “leaky gut”.  The increased permeability means the gut wall is not as tight, and larger particles such as toxins, antigens and bacteria can leak through and enter the bloodstream.  These particles often contain proteins and look like a foreign object to our immune system.  And the attack begins.

It may show itself as inflammatory bowel disease (IBD), celiac disease, or lupus among others.  It is felt that a genetic predisposition, increased intestinal permeability, and antigen exposure are the necessary ingredients for autoimmune disease to develop.

What you can do:

I remember being astounded the first time I heard that autoimmune disease can be reversed.  How is this possible?  Most people I know would settle for remission, even if reversal is not a reality yet.   It may have taken years to get diagnosed, often interspersed with missed diagnosis and misdiagnosis, and now we may be able to reverse this?

It appears you stop the offending irritant or irritants, and allow the body to heal itself.  Get rid of the bad stuff, add more of the good stuff.  Sounds pretty simple, but in fact it can be hard to do.

Foods that increase inflammation include sugars, white flour products (bread, pasta), processed food, fast foods, etc.   In short, any added ingredients that don’t belong in your food (chemicals) are foreign and may irritate the body and any foods that are so refined and processed as to not be recognizable as the original food (think sugar – looks nothing like a beet or cane) may also irritate the body.

Foods that quell inflammation include those fruits and most vegetables, fresh herbs and ethically raised meats, poultry and fish.  Our bodies need fiber and vitamins and other nutrients from those foods.  No nutrients = no healing.

Movement can decrease inflammation as well.  Walk.  Bike.  Just move.  It doesn’t matter if it’s slow, or if you rest.  Sit if you need to.

Be consistent for the best results.

One caution: over-exercising can actually increase inflammation, so don’t over do it.

Our bodies heal during sleep.  It’s important to get quality, restorative sleep of about 8 hours duration.

Deep breathing works against inflammation by cleansing your lymphatics.  It removes toxins that can build up.  Deep relaxation helps manage stress, which can begin a cascade of inflammation.  Yoga or meditation can help.  Sound therapy in the form of meditative music may be of value.

Your healthcare professional may have specific recommendations for you, but in general omega-3 oils, vitamin C and probiotics work as anti-inflammatory agents.  Others include various adaptogenic herbs which are known to be anti-inflammatory and assist in the modulation of the immune system.  Green tea and/or turmeric may be suggested.

If leaky gut has been occurring for months or more, you may be at risk for nutritional deficiencies due to malabsorption issues and a good quality multivitamin may be suggested by your healthcare professional.

While the research isn’t definite to say enhanced connection to family, community and faith will help reverse autoimmune disease, given what we know about the role of stress, my thoughts are that an enhanced connection can’t hurt.  Be kind.  Feel supported; give support.  Declare your purpose.  Identify your thoughts that are toxic, and actively and intentionally work to counter them.

Well, there you have it.  It’s a choice – can you live with your symptoms?  Would you like to try to get better?

Not everyone will.  Not everyone wants to go through the changes that are necessary.  To be successful, you have to go “all in”.  Going 80% of the way will not give you optimized results.  But if you make the commitment, you’re likely to see improvement.  Do your research; read the stories of people who have done this.  Ask your healthcare professional.  And then make your decision. 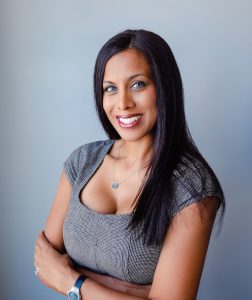 Photo by Wesley Tingey on Unsplash

Related posts in the future will focus on additional information on autoimmune disease.